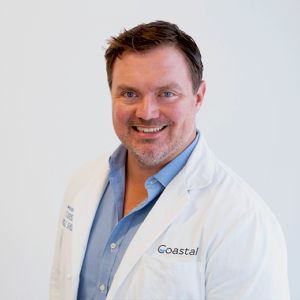 Dr. John F. Morrison is a fifth-generation physician. The family namesake, the “Morrison Clinic,” first opened in Iowa in the early 20th century. Dr. Morrison’s great-grandfather, O. C. Morrison, was a general surgeon and founded his clinic to care for people in Iowa. His sons John and Robert became a general surgeon and a urologist.

Dr. Morrison is an Ivy League trained neurosurgeon, has been on staff at research universities and worked in the NFL. In addition, Dr. Morrison works with area high schools as a sideline physician at football games. He is a Board-Eligible neurosurgeon that specializes in minimally invasive spine procedures, including Endoscopic Microdiscectomy, Disc Replacement, and minimally invasive Spinal Fusion. Dr. Morrison also has advanced training and experience in the latest microsurgical techniques for the treatment of an array of spinal conditions.